November 19, 2017
Our Haunted Hollywood Halloween was an award-winning success in the Santa Clara Citywide Halloween Decoration contest! You can watch our full Front Show, or excerpts from the show plus a walkthrough of the entire Haunted Hollywood Horror Monster Museum featuring 13 classic movie monsters!

For Halloween 2017, the 21st-century Webmistress of the Dark hosted the grand opening of the Hollywood Horror Monster Museum, a collection of 13 classic movie characters & props in a Golden Age movie theatre that was “rumored to be ‘haunted’ but I’ll believe that when I see it!” Our guests were welcome to walk & pose on the red carpet in front of the gilded proscenium vintage movie screen, complete with projected red curtains, roaming spotlights and the custom Hollywood Horror Monster Museum logo as the show began. Four platforms including The Mummy with his sarcophagus, Frankenstein's Monster & his Bride, Werewolf, and Nosferatu were on display bordered with red velvet ropes. Seven Walk of Fame stars on the sidewalk named the front yard monsters, including our first pneumatic prop the Creature from the Black Lagoon popping up from inside the wishing well, and Dracula greeting everyone who walked up to the front porch.

Each of the 13 museum exhibits had a lighted podium sign explaining their importance to monster history, which required a lot of research, and the other 6 monsters were arranged through the other party areas. The Hunchback of Notre Dame was included as vintage movie posters in the foyer with large gargoyles plus the Gander the Gargoyles contest to find all of Quasimodo’s friends. The Wicked Witch of the West and the Invisible Man, with a vintage radio playing clips searching for him, flanked the outer patio food table, across from The Phantom of the Opera’s music on the pipe organ for the Silent Silver Screen. Scarrry Jerry’s giant spider Winnifred was in use in the backyard, this time for the Atomic Age giant insect craze of Mutated Monsters, and Man-Eating Plants were represented by our motion-sensor animated plant puppet on the inside dining table. Guests could also play the Frightful Film Fanatic game to place 39 movies from the chronological list into 3 screens of 13 movies each: the Main Theatre Screen projected in the living room window, the Mad Scientist Experiment Reel on a TV in gilded frame on the lab table, and the Silent Silver Screen projected in the back patio window, next to the pipe organ. I also edited loops of vintage movie posters on the living room TV and in the backyard on the new Movie Marquee TV, and a loop of fun vintage movie trailers running in the dining room. I have been using more and more videos and projections for several years now, but 2017 was by far the most video content I have ever produced yet, with the full movies, video edits, and live video occupying almost a full TERABYTE of external hard drive space!

Our Haunted Hollywood Halloween front show won Honorable Mention/Second Place for Most Original in the first-ever Santa Clara Citywide Halloween Home Decorating contest, with certificates and prizes awarded at a public city council meeting, but watching all ages enjoying our Haunted Hollywood show was even better!

You can watch our full Front Show... ...or excerpts from the show plus a walkthrough of the entire Haunted Hollywood Horror Monster Museum featuring 13 classic movie monsters!

Popular posts from this blog 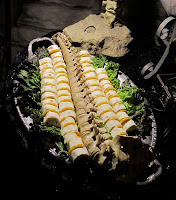 In the seventh and final episode for 2011, it's not too late to whip up some of these easy & tasty Violent Vertebrae for Halloween tonight! For more recipes like this, please buy the book at www.EerieElegance.com or on Amazon ! :) Never fear...more episodes of Enhanced Eerie Elegance will be back next season! Hope you enjoy your Halloween!
Read more 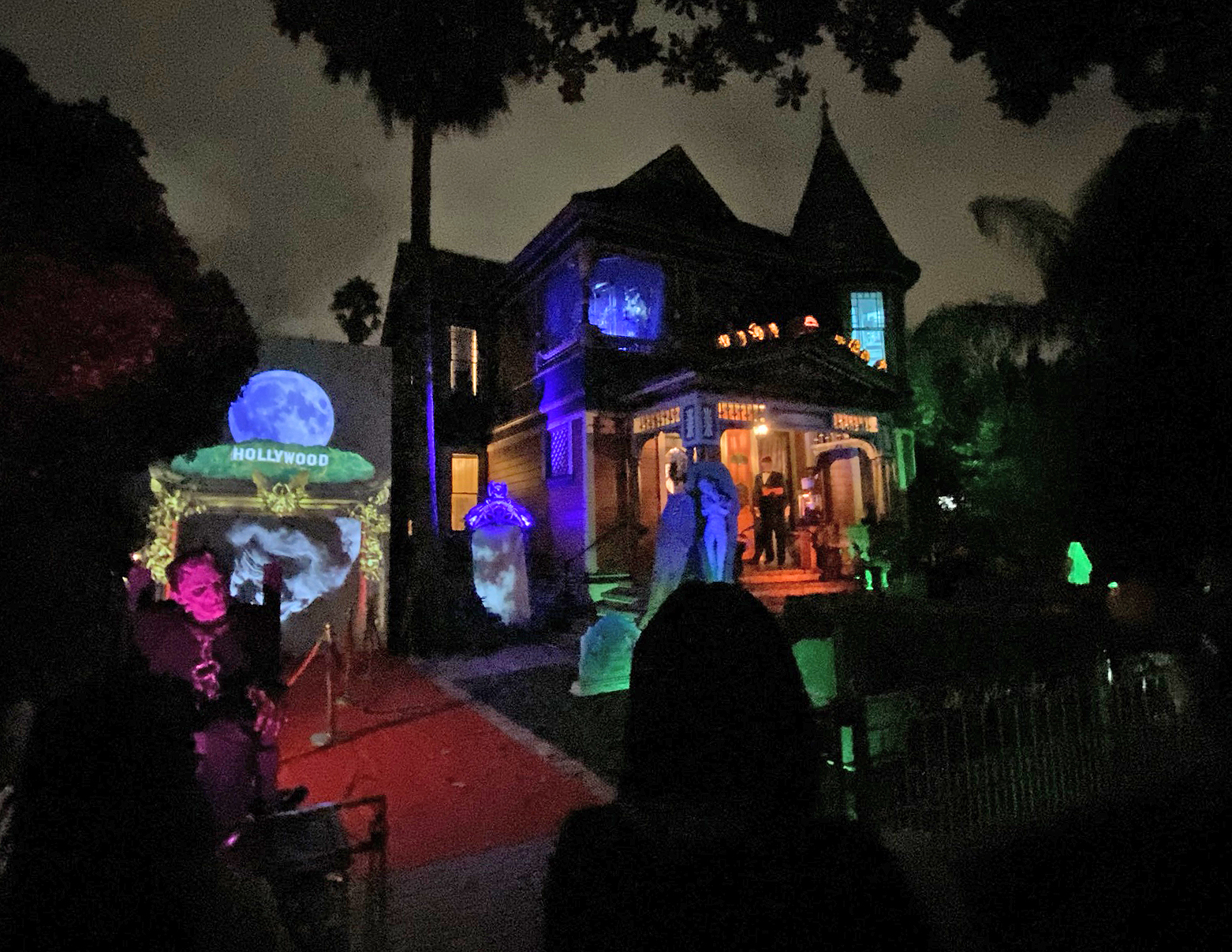 Come celebrate a Haunted Hollywood Halloween at the Eerie Elegance Estate Wednesday October 27th through Halloween night! This year is the 90th anniversary of the Universal movies Dracula & Frankenstein, the 80th anniversary of The Wolf Man, and we have other classic monsters of the silver screen in residence like the Mummy and even King Kong! Full details at this page: http://eerieelegance.com/Halloween/Halloween2021/index.html
Read more

Happy Halloween! Hope everyone enjoyed their evening! We had a great night at Our Own Haunted Mansion with consistent flow without crowding so everyone stayed safe like our spooky spirits! Thanks to Lori, Rod, Eileen & Tyson & friends, Katie & daughter, Susan, Debi, Christian, Cyd, and Victor & friend for coming, several who had rotating VIP fire pit seats in the driveway! We saw some very fun costumes, like Thorgi the Corgi with the Queen of Hearts, Freddy Kruger, a sassy witch, an adorable lion, an elegant web, and an entire Wizard of Oz crew! I had prepared 50 gloves filled with candy in advance and kept refilling 20 at a time hanging on our fence as self-serve trick or treat, and I only had 5 left by 10pm, but it felt like it was at least twice as many adults as kids, so not a bad first Halloween here! #spooky #ghost #ghosts #spirits #stylishspirits #haunted #ourownhauntedmansion #EerieEleganceEstate #EerieElegance #homehaunters #HomeHauntersOfInstagram #Gri
Read more